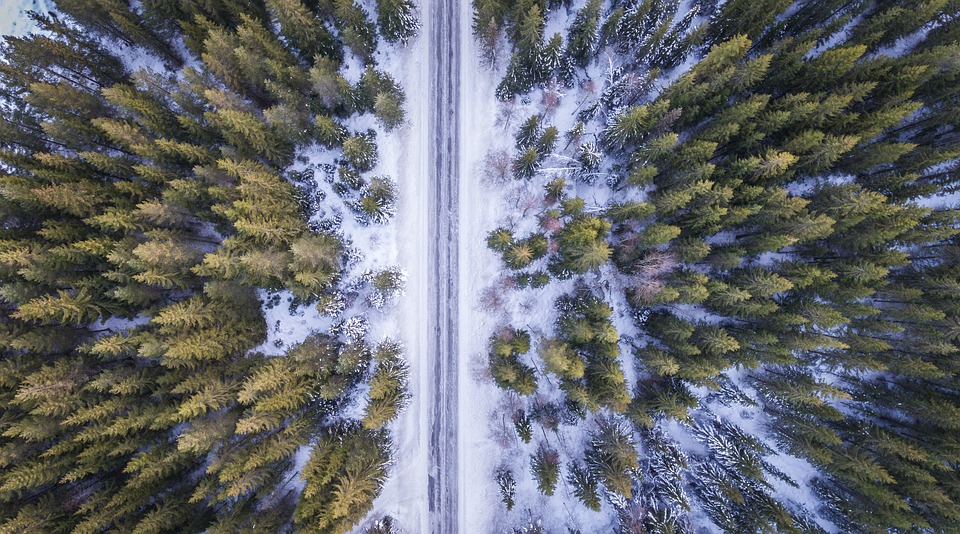 Drones have become an invaluable tool for the film industry. No longer are filmmakers confined to the ground because of constraints on the budget; they can now affordably take to the skies to capture truly engaging footage. Of course, there are many different drone cinematography techniques used by filmmakers, some of which we’re going to explore today.

One of the most common drone cinematography techniques used by filmmakers is the fly over. This technique simply involves flying a drone over a landscape, object or environment, with the focus being on a specific area. You often see this technique used on sports game broadcasts. Football and baseball games, for instance, often feature fly overs of the respective stadium. The drone “flies over” while recording the stadium. Of course, fly overs are also used in cinematography as well, with filmmakers using this technique to showcase specific landscapes.

Strafe or strafing is a technique used to capture large environments. It’s performed by moving the drone horizontally — either left to right or right from left — while keeping the drone faced in the same fixed direction. With strafing, the drone points to a specific direction, though it moves from side to side. Strafing is particularly effective at capturing footage of open and vast landscapes. The key thing to remember is that strafing is characterized by the drone facing a fixed position while moving from left to right or right to left. If the drone moves the direction in which it is faces, it’s no longer strafing.

Not to be confused with a fly over, a fly through is another common drone cinematography technique used by filmmakers. With this technique, the drone is flown through an environment to create a more up-close and engaging shot. So, while a fly over involves piloting a drone over a landscape, a fly through involves piloting a drone through the landscape.

Fly throughs are commonly used when filming scenes where the audience needs to see the inside of a large structure or landscape, such as canyons or cities. The drone flies through the environment to achieve a more up-close-and-personal shot to which the audience can relate.

As the name suggests, a 360-degree panoramic shot is performed by rotating the drone horizontally in a stationary position. Instead of just capturing footage in a single direction, it covers all directions. Therefore, many seasoned filmmakers use panoramic shots to capture stunning footage of outdoor landscapes. With that said, however, panoramic shots can also be used indoors to create a more genuine perspective of the environment.

There are different techniques used to create 360-degree panoramic shots from drones. While the most common involves hovering the drone in place and rotating it horizontally, another method involves moving the drone forward and backward.

Perhaps one of the most important drone cinematography techniques is the reveal shot. It’s used to “reveal” an object or point of interest by adjusting the camera into focus. The drone may hover or move towards an object, all while gradually zooming in on the object. This allows the drone to “reveal” the object. Reveal shots are often preceded by a reaction shot in which a person reacts to the reveal.

Drones are incredibly versatile, allowing filmmakers to capture stunning footage from the skies or the ground. In addition to flying forwards, however, they can also fly backwards. Flying backwards is useful when filming transitional scenes. For instance, it can be used to record a person overlooking an ocean-side cliff as it transitions to a new scene. As the drone flies backwards, the subject essentially becomes less important, allowing for a more seamless transition into a new scene.

Typically used when filming action scenes, the chase is a cinematography technique that involves following a moving subject. As the subject moves, the drone follows in the same direction, keeping just a short distance behind the subject. Filming a scene in which a car is running from the police, for instance, may involve this technique. The drone can chase the car, creating a more intense and energy-packed scene for the film. However, the chase technique can be difficult for amateurs to perform, as it requires a high-end drone with an experienced and skilled pilot.

These are just a few of the most common drone cinematography techniques used by filmmakers. Whether you’re looking to film a movie, TV show, commercial, etc., these techniques can help you create more engaging footage.