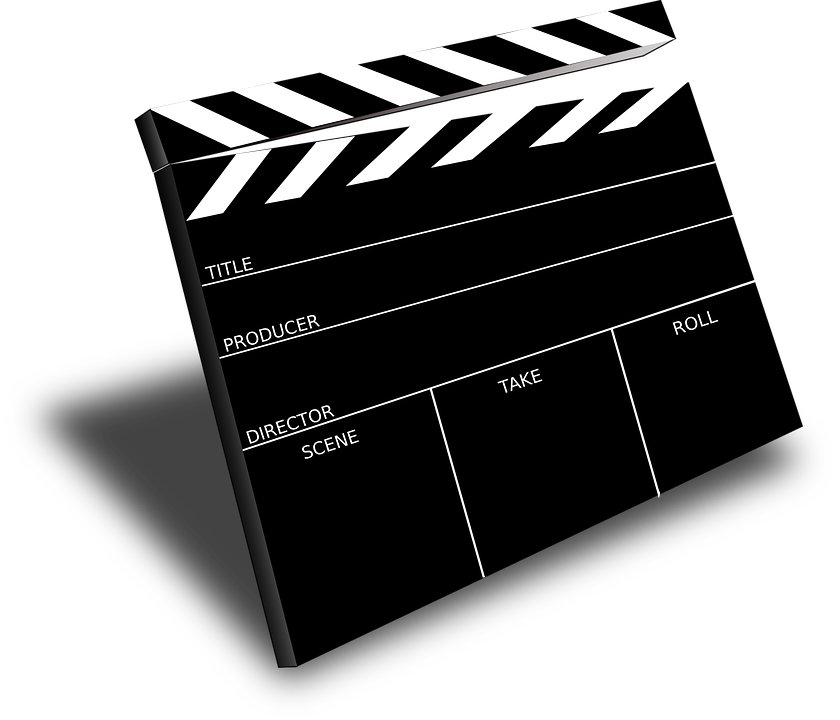 Before drones became commercially viable for the film & entertainment industry, filmmakers were typically restricted to on-the-ground shots and limited aerial shots using expensive helicopters. Now that drones are on the scene – and regulated for commercial use by the Federal Aviation Administration (FAA) – filmmakers can break free of these constraints to captivate audiences with truly engaging cinematography. To learn more about drones and how they’re expected to reshape the film industry, keep reading.

Looking Back at Aerial Photography and Videography

Some people assume that aerial photography and videography is relatively new, first appearing in recent years. The truth, however, is that countless men and women throughout history have been taking photos from elevated positions for well over a century. According to the Professional Aerial Photographers Association (PAPA), the first person to practice true aerial photography was Gaspard-Félix Tournachon, a French photographer who captured photos of Paris while traveling over the French capital in a hot balloon in 1858. Unfortunately, these photos are no longer in existence, so we’re left to speculate regarding what exactly the world’s first aerial photos looked like.

Several decades later, British meteorologist and recreational photographer E.D. Archibal used kites to take photos from the skies. He would attach a camera to the tip of a kite, using an explosive timer to activate it. In 1909, filmmakers shooting the three-minute-long silent film Wilbur Wright und seine Flugmaschine used an aircraft-mounted camera to capture shots from the skies. The camera was so heavy that it actually weighed more than the plane. This is believed to be the first use of aerial photography for motion pictures.

Of course, these were the earliest examples of aerial photography and technological constraints limited the quality of the imagery, but even then these aerial film & photography pioneers saw the potential. Since then, technology has vastly improved, making aerial video a reliable workhorse in the industry with big returns at the box office on the money allocated for drones on the set. With modern day drones, filmmakers can capture aerial photos and videos once physically and/or financially impossible to shoot.

In 2016, the FAA issued a final rule governing the use of drones in filmmaking, opening the doors to a whole new world of options for filmmakers. While the rules for safely piloting drones for both commercially licensed drone operators and drone hobbyists are generally the same, the key difference is that only an FAA certified remote pilot with a 333 Exemption or a Part 107 can fly for commercial applications (i.e., if you plan to charge for your drone services you better have that remote pilot certificate). These rules require all filmmakers to follow some basic guidelines when having drones on the set to ensure the safety of all personnel. These include maintaining line of sight at all times, limiting altitude to 400 feet AGL (above ground level), ensuring the piloting of the craft has a current remote pilot certificate, or any amateur pilot operating the drone be under supervision of a certified remote pilot at all times.

Now, let’s take a look at the benefits of using drones in filmmaking…

Drones offer an unmatched level of versatility for cinematography. They can be flown just a few inches off the ground or up to 400 feet in the sky (even higher if you request and receive a § 107.51B waiver. Drones are perfectly suited for creating panoramic shots of large, open landscapes, which is essential when shooting outdoor scenes. Additionally, with a professional 2-person team the pilot has complete control over the direction of the drone while the camera operator controls the camera, allowing for precise positioning combined with perfectly framed shots. With that said, the unmatched versatility of drones is just one of many reasons why they are used by so many filmmakers.

Filmmakers No Longer Have to Travel 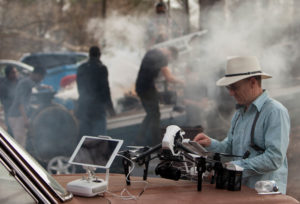 The film & entertainment industry is exploding in Georgia, thanks to the forward-thinking state legislature’s generous tax incentives for the film industry to do business here. But that wasn’t always the case. It wasn’t that long ago that filmmakers were required to travel out of the country to use aerial video in their productions. As explained by LA Times, filmmakers in the United States used to travel to South America and Europe where drones were allowed. At the time, the FAA only allowed filmmakers to use drones on a case-by-case basis, so many packed up their gear and headed elsewhere. Such travel, however, was both expensive and time-consuming. Now that the FAA allows filmmakers to use drones in the United States, there’s really no need to shoot aerial footage in a foreign country.

Another key benefit of using drones in filmmaking is its ability to show scale. Using a traditional on-the-ground camera to film a man standing next to a mountain isn’t particularly effective. It may show the front of the mountain, but it’s not going to show a complete three-dimensional view. By flying a drone overhead, the audience can see exactly how the man’s size compares to the mountain. Drones allow filmmakers to capture a more complete view of landscapes, which in turn helps the audience to perceive the size and scale of persons and objects.

While helicopters also provide aerial shots (though less versatile due to their size), drones are a no-brainer for filmmakers because of the financial impact on your bottom line. According to The Wrap, renting a helicopter can cost filmmakers between $20,000 to $40,000 per day. Assuming they need it for several days, that’s a hefty price added to the film’s total cost of production. Professional drone videography services, on the other hand, cost a fraction of this amount, require less paperwork and time pulling necessary permits, making them an attractive alternative to budget-conscious filmmakers who won’t sacrifice quality.

As you can see, drones are an invaluable tool in cinematography. So, if you’re a filmmaker who’s ready to take your cinematography to the next level, consider SkySee Video for professional drone services.