Helicopters vs Drones for Cinematography: Which Is Best? 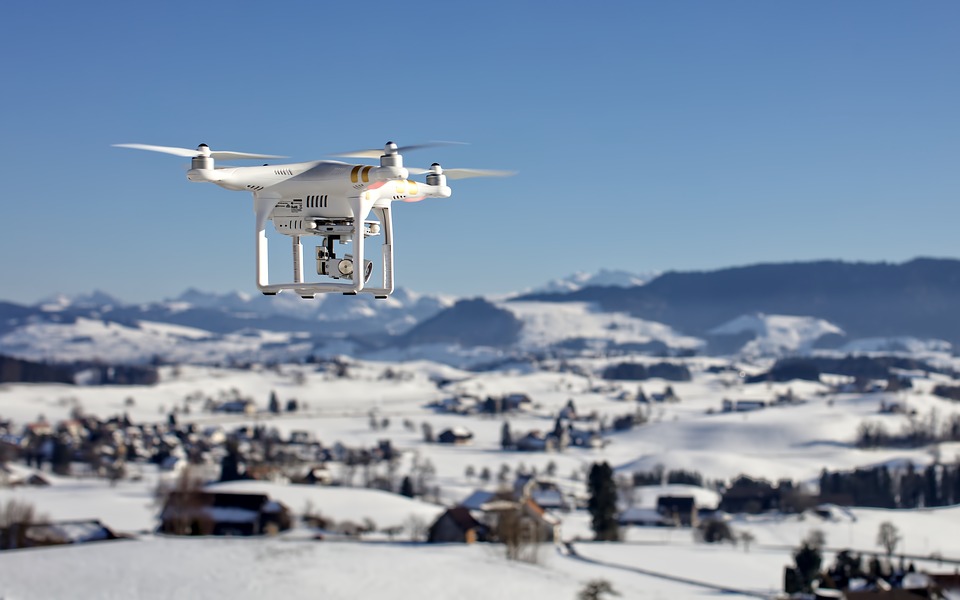 From big-budget movie studios to independent filmmakers, more and more filmmakers are using aerial video to captivate their audience. Aerial shots provide unique perspectives of landscapes and environments that are simply not attainable with conventional on-the-ground cameras.

There are generally two methods used by filmmakers to capture aerial shots: helicopters or drones. While both are fully capable of creating stunning shots from above, there are some key differences separating them. So, if you’re a filmmaker who’s trying to choose between helicopter and drone videography services, you should read the following.

Drones Can Fly Indoors, Too

Because of their small size and rapidly advancing technology, drones can safely be flown indoors — a feature obviously not found in helicopters. This opens doors and a whole new world of options for filmmakers and moviegoers alike. With drones, filmmakers can follow actors and actresses through homes and buildings as well as capture first-person perspectives, both indoors and outdoors. Helicopters, however, are limited strictly to outdoors at higher altitudes, restricting their utility in filmmaking.

If you’ve ever seen and heard a helicopter in person, you probably know how noisy they can be. Helicopters produce noise from three main components: the engine, rotors and transmission. There are certain designs that are intended to limit this noise, such as the Comanche military helicopter’s stealth rotor. But the majority of helicopters disregard noise reduction, creating a distracting environment for filmmakers.

The loud noise produced by helicopters can make it difficult for directors and filmmakers to orchestrate their shoots in a timely manner. And time is money, right? If you can’t hear your own voice, how are the actors and crew supposed to hear you? With a drone you can easily communicate on the set, keeping everyone on cue, safe and productive. New technology can also filter out most of the noise of a drone, allowing actors to be mic’d up for aerial shots. They aren’t completely silent, although the noise produced by drones is nowhere near that produced by helicopters.

There’s a significant cost difference between helicopter and drone video shoots. Renting a helicopter and licensed pilot to shoot a short scene can cost thousands of dollars per hour. Drones, on the other hand, are a more affordable option for aerial shots, costing just a fraction of this price.

The one advantage helicopters had over drones was the ability to shoot with high-resolution cameras that were too bulky and heavy to be carried by drones. That’s no longer the case with drones. The endurance and length of flight times continues to climb, while the weight of these cameras continues to drop. And if you have to reshoot a scene you can hire a drone videography company to come out and shoot without the logistical hurdles and additional expense of a helicopter service. Dollar-for-dollar, you’ll pay a fraction of the price for drone services over a helicopter.

It’s also worth noting that scheduling a helicopter videography company to shoot a scene can be difficult. That’s because of the tight regulations governing helicopter piloting in the United States. The Federal Aviation Administration (FAA) requires a minimum of 40 hours of flight time, 30 of which must be flight instruction, as well as 3 hours of cross-country training. There are also licensing requirements for operating drones — for commercial purposes at least — though they are less strict than helicopter licensing requirements. As a result, you can typically schedule a drone videography company to shoot your scene more easily than a helicopter company.

A benefit of drone videography that’s overlooked among filmmakers is safety. Regardless of the scene, drones are a safer choice for aerial video shoots than helicopters. According to Slate, there were approximately 1.44 helicopter-related fatalities per 100,000 flight hours (nonmilitary) from 2005 to 2009. That doesn’t necessarily mean helicopters are dangerous, but the risk of injury and fatality is exceedingly less with the use of drones.

Additionally, drones are powered by rechargeable batteries, whereas helicopters require fuel. While specifications vary, most helicopters can stay in the air for around two hours on a single tank of fuel before needing to be refueled. While drones also have a finite flight time, batteries can easily and quickly be replaced and recharged; thus, allowing for more flight time. With drones, filmmakers don’t have to worry about shutting down their shoot so the pilot can refuel his or her helicopter. Drone pilots can quickly land the drone, swap out the battery, and lift it back into the air.

As you can see, helicopters and drones are both viable solutions for aerial cinematography. Between the two, however, drones are typically the preferred choice among filmmakers. They’re cheaper, more versatile, produce less noise, are easier to schedule, and don’t require a long refueling process.

So, if you’re a filmmaker planning on aerial cinematography for your next project, consider a drone video shoot instead of helicopters. While helicopters can fly at altitudes higher than drones, the 400’ maximum height for drones is more than enough to capture the perfect aerial shots for movies and broadcast television.